By Laman Ismayilova
Azerbaijan's Eurovision 2021 entry successfully performed at Eurovision Song Contest 2021 held in Rotterdam on May 18-22.
Samira Efendi performed in the second half of the Eurovision 2021 final with the song " Mata Hari" and took place the 20th place. She  thrilled Eurovision fans with stunning performance that featured a giant orb in the background.
At the end of the stage show, the orb was lifted into the air where it exploded in a rain of golden sparkles, leaving the image of Nazar, a symbol of fortune in Azerbaijan.
Efendi's costume was adorned with precious and semi-precious stones; it  combined Azerbaijan's traditional elements but with a modern twist. The costume was designed by world-famous fashion designer Rufat Ismayil was behind her outfit.
Speaking about the meaning of the song, Efendi noted that it is about female power.
"It is very important to talk about strong women in order to remind our beautiful ladies that despite the fact that we still live in a world full of prejudices, a woman can do anything and female power cannot be compared with anything. And if suddenly you do not have enough inspiration now, let the stories of strong women in history become the source of that very charge of energy with which you can cope with everything and achieve even bigger success. There is a queen in each of us and I want to remind you that it's time to release her," said Efendi.
Meanwhile, Italian rock band Maneskin took the first place at Eurovision Song Contest 2021 with the song "Zitti e buoni". It's the third time Italy wins Eurovision. The second place went to France, while Switzerland ranked third.
Azerbaijan marked its debut in 2008 with the duo of Elnur and Samir, who managed to become the eighth in the final with their song "Day after day".
The brilliant duet of Aysel and Arash, which represented Azerbaijan next year, took third place at the song contest, while Safura Alizada, who represented the country at the Eurovision 2010 in Oslo, became fifth.
On its fourth attempt with Ell and Nikki's "Running Scared" song, the Land of Fire won the event, bringing the contest to Baku's Crystal Hall in 2012. Ell and Nikki were the first mixed-gender duo to win the contest since 1963 and the first winners from Azerbaijan.
It is noteworthy that Azerbaijan reached the Top 5 in five consecutive contests – 3rd in 2009, 5th in 2010, 1st in 2011, 4th in 2012, and 2nd in 2013.
In 2018, Aysel Mammadova performed brilliantly at the Eurovision 2018 semi-final, but she couldn't make it to the final. The singer represented Azerbaijan with the song "X My Heart".
Azerbaijan's Chingiz Mustafayev impressed all Eurovision fans with his stunning performance in 2019. The singer finished in eighth place at the song contest.
Last year, the song contest was cancelled amid the coronavirus pandemic. However, fans of the music contest had a great chance to enjoy a spectacular show "Eurovision: Europe Shine A Light", featuring 41 songs of this year's entries.
During the show, Samira Efendi thrilled Eurovision fans with the song "Cleopatra" about trusting your gut instinct, standing up for yourself and being a "Queen" – even when things get tough and especially if someone betrays or hurts you. 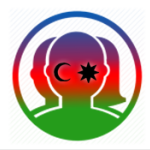